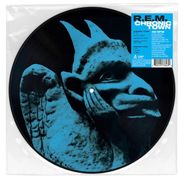 The 1982 EP that started it all for the now legendary R.E.M. has been reissued for its 40th anniversary. The tracks consist of driving post-punk gems with a grit and immediacy that still sounds fresh four decades later. Featuring extensive liner notes from producer Mitch Easter, Chronic Town chronicles a band fresh off the success of their debut single, “Radio Free Europe,” and poised for stardom. If you’re not already a fan, Chronic Town will make you one—the band that would soon take over alt-rock airwaves appears here with distinctive, scrappy, DIY style. If you’re a longtime fan, this reissue will spark up the magic all over again.