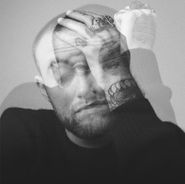 The loss of rapper Mac Miller continues to be felt. Miller's posthumous album Circles adds much more to the "what if..." pondering of his future creative output as he matured as both a person and an artist, with the tracks showcasing more of Miller's vocals rather than rapping style. Producer Jon Brion finished the project that had already been in the pre-planning stages before Miller's death, adding only the most organic of elements to the already existing tracks. Circles now gets the deluxe treatment after its initial release, with the addition of two bonus songs: "Right" and "Floating."