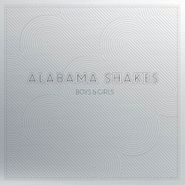 Can it really be ten years since Alabama Shakes burst onto the scene with Boys & Girls? The album sounds as vibrant and essential as ever, those beloved tracks segueing nicely into the deluxe edition's special gift to fans, a 2012 session on KCRW’s Morning Becomes Eclectic. Those live sessions include versions of the album cuts, as well as tracks like “Always Alright” (from the Silver Linings Playbook soundtrack) and “Mama” (from the band’s Heavy Chevy EP.) Raucous and electrifying, listening to the deluxe edition feels like every best night of your life rolled into one rollicking blues-drenched record.