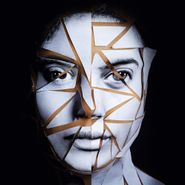 How do you define 21st century pop? Ibeyi, the French-Cuban duo of twin sisters, might have the answer. A mixture of IDM rhythms, jazzy instrumentation, and African-influenced harmonies used to otherworldly effect, Ash takes bits and pieces of what came before and reassembles it all into music that stands on its own as distinctly modern. These hypnotic, cyclical tunes use negative space in a big way, with sparse instrumentation and evocative vocals that bring to mind contemporaries like Solange or the xx. Yet, Ibeyi doesn't really sound like either example. In fact, Ibeyi doesn't really sound like anyone but Ibeyi. The future, however, certainly sounds like them.