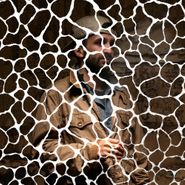 Samiyam continues Stones Throw's legacy of turning record digging into an art. Following in the path created by J Dilla and Mad Lib, Samiyam is another prodigy from Los Angeles' Low End Theory scene that returns hip hop to its root: the beat. Having previously cut his teeth on two albums on Flying Lotus' Brainfeeder label and Stones Throw side label Leaving Records, Samiyam creates his most mature and almost disturbing work to date with Animals Have Feelings. He takes the essence of funk through quick snippets and generates non-stop bad vibes into them until they're a sludgy, unsettling trip. "Mirror," featuring Earl Sweatshirt, might even be grimmer and heavier that anything on Earl's last album, as the record scratches and dubby drums makes noise sound beautiful. "Mr. Wonderful," with hip hop's gooniest rapper, Action Bronson, contrasts his boisterous and goofy rap perfectly against a beat that channels Ennio Morricone through a 404 drum machine. But a purely instrumental track like "Dartgun" is so slowed down and stoned that it borders on dark ambient music. The beauty is all in his warped and warbly beats that feel like they can disintegrate at any moment, making him almost feel like a beat-driven William Basinski. This is the injection of strange into hip hop that is needed this year.