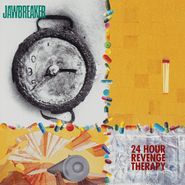 Jawbreaker’s third album helped establish the Bay Area band as legends of the emo movement, full of fist-pumping power-pop that sounds amazing on this reissue. Head-bobbing tunes like “Boxcar” the have never sounded better, as Steve Albini’s bare-bones production tends to age well, pushing the band’s hyperkinetic beats and sheets of distortion to the forefront of the mix for maximum impact. It’s plenty evident listening back why Jawbreaker remain a beloved band when so many of their brethren were forgotten, as the band were heavy enough for hardcore punk fans, with Blake Schwarzenbach’s shredded vocals tearing through tracks like “West Bay Invitational,” while Schwarzenbach’s personal lyricism shone through on songs like the immortal “Do You Still Hate Me?” The band successfully split the difference between Husker Du and Nirvana on songs like “Ashtray Monument,” maintaining their punk cred while venturing into more melodic territory. That they would go on to produce only one more record, the unfairly reviled Dear You, doesn’t matter—24 Hour Revenge Therapy stands as a testament to the power and credibility of not only Jawbreaker but the emo movement as a whole. On this 20th Anniversary Edition, you can also hear a couple of alternative takes, which are just a little bit scrappier and a little less full than the originals, and out of the outtakes, “Friends Back East” is strong enough to have been on the original album. All in all, a worthy reissue and must-have for any Jawbreaker fan.