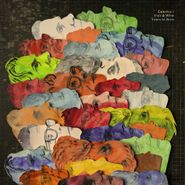 Fourteen years after Iron & Wine teamed up with Calexico for the In the Reins album, the two acts have joined forces once again for the home-spun sequel, Years to Burn. The album seems like a natural fit for both bands, with the intimate, quietly forceful songwriting of Iron & Wine easily melding with the lush, southwestern sounds of Calexico. Vocalists Joey Burns and Jacob Valenzuela (Calexico) share centerstage with Sam Beam (Iron & Wine), who wrote all the lyrics for the record. Both acts are masters of creating a certain musical atmosphere; their combined talents fuse cohesively on the fantastic Years to Burn.