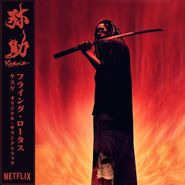 Flying Lotus latest, Yasuke, is the score for Netflix’s new anime series based on the real-life story of a Black samurai in Japan during the 16th century. As intriguing as album’s genesis is, it’s also a standalone piece that fans will dig whether they tune into the adventures of the remarkable Yasuke or not. The album floats effortlessly between genres, with icy synths in the foreground of one track, haunting female vocals in the next, with sweeping, cinematic sounds and upbeat jazz in the mix, as well. This one deserves multiple spins—you’ll probably want to keep it cued up on your turntable anyways. Yasuke is a gem.