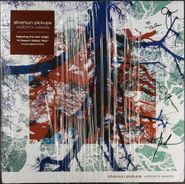 Nearly two decades after their formation, Silversun Pickups and their propulsive backbeat are well intact. From “Lazy Eye” to “It Doesn’t Matter Why,” many elements of the band’s sound have evolved, but that endlessly churning rhythm remains constant. Widow’s Weeds is less saturated in guitar fuzz and much more so in electronic production elements (drum machine claps!), yet these songs don’t deviate from Silversun Pickups’ meditative approach to songwriting, developing piece by piece; slowly unspooling into gauzy catchiness. With '90s production wiz Butch Vig behind the boards, Widow’s Weeds is veteran alt-rock all the way. The tricks may not be new, but it sure sounds good to hear them executed so masterfully.