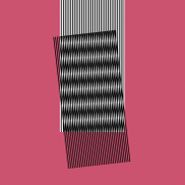 Hot Chip’s latest album title, a sentiment borrowed from their forebears in Talking Heads, is a great guiding principle for the British electro-pop band. Their sixth studio album finds the group abandoning any art-pop pretenses as well as any desire to become overtly mainstream and produce some of its best music yet. “Huarache Lights’” synths pulse like sirens that push your ass to start moving. Over a cyborg beat, Alex Tayor sings  “we’ve been staying up all night, just deleting the days,” instantly summoning the decadence or temporarily losing yourself on the dancefloor. Hot Chip can get a little goofy, giving a potentially heartfelt ballad the lyrical content and title of “White Wine and Fried Chicken,” but things never approach Chromeo levels of silliness, elegantly striking the balance between earnestness and not giving a shit. This serves to make their sonic mining of ’80s genres like synth-funk and house work smoothly—they’re not too self-serious to pull off such sounds while still paying adequate homage to those influences. It doesn’t hurt that the band has never sounded more confident, nor has the music sounded so strong since their breakthrough second album, The Warning, particularly as on the sublime, ethereal house track “Need You Now.” Spin it a few times and the band’s sly hooks take hold and don’t let go. Why Make Sense? makes the case that Hot Chip continue to be the best band of their kind.