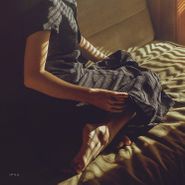 San Francisco-based producer Scott Hansen has been releasing music as Tycho since the early 2000s, but the project only truly took off with the release of 2011’s Dive. An utterly unique blend of Boards of Canada-inspired downtempo and IDM with chillwave sensibilities and Explosion In The Sky-esque post rock, the success of Dive led to what became a trilogy of albums in a similar vein: Awake and Epoch, as well as the expansion of Tycho from a solo project to a legitimate band. Weather follows the conclusion of this halcyon period for Hansen, and it finds the producer making his most pop-forward music yet. Featuring Saint Sinner as the husky-voiced lyricist/singer, Weather is the first Tycho record to place any true importance on vocals. In the past Hansen was content to sample vocals here and there for texture, whereas Weather consists of fully developed pop tunes complete with verses, choruses, and even middle eights. Though the immediacy of these songs may be surprising to those familiar with Hansen’s passion project, especially known for its opaque veneer and ethereal dreaminess, the musical backbeat throughout the record is classic Tycho all the way. Weather streamlines Tycho’s synthesized meditations into recognizable pop forms but sacrifices none of the mood.