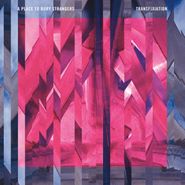 A Place To Bury Strangers sort of do just one thing, but they do it better than anyone else—bonecrushing shoegaze noise, bolstered by singer/guitarist Oliver Ackermann’s self-made guitar pedals. Their fourth album, Transfixiation, starts with the hollowed-out “Supermaster,” in which the guitars hiss and purr in the background like predators waiting to pounce—which they promptly do, on the breakneck-paced “Straight,” which finds Ackermann coiling his guitar noise tightly Dion Lunadon and Robi Gonzalez’s taut groove. From there, it’s no holds barred as the trio unleash MBV-style guitar wails on “Love High” and build a tower of swirling kraut-noise on “What We Don’t See.” Ackermann’s lyricism occasionally begs to be covered up—“Deeper’s” “if you fuck with me, you’re gonna burn,” for instance. They’re best when they let their axes do the talking, as on the pulverizing noise of “We’ve Come So Far.” Transfixiation doesn’t do anything terribly new with APTBS’s sound, but it doesn’t really have to, streamlining the band’s industrial and krautrock influences into a singular sound that comes at you like a fist. For many of us, this will be more than enough. It’s an addictive fix of pure noise-rock pleasure.