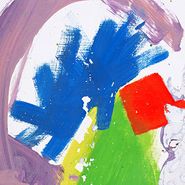 With a sophomore record, there tends to be quite a bit at stake. All too often an act tries in vain to access the same immediacy and power that they were able to flaunt in their first release. Not to mention how much time and energy a band has had to craft their first etchings into popular consciousness. A second record is somewhat of a second chance these days to prove that you can still do that thing people liked, or at least fake it. English Indie rockers Alt-J are clearly an exception. Their second effort, This Is All Yours, is an example of a band using their second chance as a “give ‘em an inch, take a mile” credo. Coming off the commercial success of An Awesome Wave the now trio is taking some chances with their already defined sound. This Is All Yours blends similar electronics and harmonies from the first record with sound collage ("Every Other Freckle"), folk ballads ("Choice Kingdom"), so-cal funk ("Left Hand Free"), and even a Miley Cyrus Sample ("Hunger of the Pine"). An Innovative leap from a band that otherwise could have left well alone.