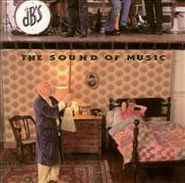 When their first LP, Stands for Decibels, was released in 1981, The dBs were ahead of the curve, albeit in a retro manner. Their savvy hooks and Rickenbacher jangle recalled the anglocentric longings of Memphis’ Big Star and the Byrds’ Roger McGuinn. It was a clever balancing act: Peter Holsapple was the pop formalist; Chris Stamey was the curious experimentalist. After Stamey left, it was all Holsapple’s show, and while his pop sensibilities were impeccable, by 1987, The dBs were sounding passé. They were a prime influence on Pylon, Let’s Active, and Love Tractor, but check out the debut if you want them at their best.