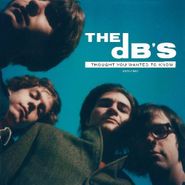 You’ll find jangle pop gems in an abundance on The dB’s fantastic new reissue, I Thought You Wanted To Know: 1978-1981. Propeller Sound Recordings has compiled twenty-three rare and obscure tracks from the band’s early days in New York City; it’s the first in a planned series, and a must-hear for fans of the band’s addictive sound. It should win over fans of the current crop of young indie/post-punk acts, with clever lyrics and undeniable lyrics that sound as timely now as they did several decades ago. Deliriously good, this collection will turn your living room into the dingy late ‘70s NYC dance floor of your dreams.