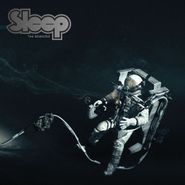 In Sleep’s world, The Sciences refers to all sorts of methodical manners of exploration into getting really, really, like, unbelievably goddamn stoned. This is music made by people who have seemingly only ever listened to Black Sabbath, and who take that entire darkened, doomy world of wizards, war, and weed and distill it to its very essence. Strip away any and all fantastical infatuations or social commentary of those Sabbath records and what is left is the pure, visceral effect of sludgy riffs over churning drums and bass that sounds less like a rock band and more like an orchestra of earthquakes and volcanoes; a soundtrack of glaciers melting and continents moving. Now meditate on that power for a good, uninterrupted hour or so. This is primordial opium for the lizard brain, and Sleep is undoubtedly the premier church of worship. It has been over 20 years since the band laid to tape what would end up being their last release: the epic paean to smoking dope that is, well, Dopesmoker. Would you be surprised to know that the Sleep of The Sciences does not sound a note out of place? Are they even aware any time has passed at all?