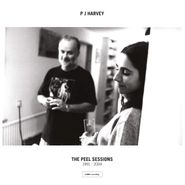 In 2006, PJ Harvey released a collection of her performances for John Peel on BBC Radio 1, The Peel Sessions 1991-2004. Now a remastered edition is available, as part of her vinyl reissue series, offering a chance to revisit her performances of non-album tracks like the rockin' “This Wicked Tongue” or the grungy “Naked Cousin” from The Crow: City of Angels soundtrack. The conviction and intensity in Harvey's vocals are riveting here, including in the '91 sessions which predate her debut album, and on her fierce cover of Willie Dixon's “Wang Dang Doodle.”