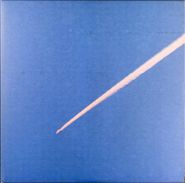 Written and recorded in the wake of a failed relationship, which itself followed a severe bout of writer’s block, The OOZ is Archie Marshall’s most personal release yet. Thematically, the title finds inspiration from the “earwax and snot and bodily fluids and skin and stuff that just comes out of you on a day to day basis”; a sort of obsessive rumination on subconscious activity that attempts to distract from the painful awareness of loss. Yet, while the subject matter and atmosphere grows increasingly insular, Marshall’s sound pallet is wider than ever; updating his jazz punk update of trip-hop with bossa nova, industrial, and hip-hop textures, all grounded by his signature gravelly croon and nocturnal moodiness. Is it too premature to crown King Krule the English answer to Tom Waits?