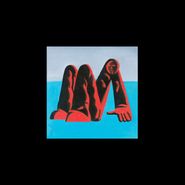 Archy Marshall’s decade-long King Krule project continues to explore hazy, hypnotic, and haunting soundscapes that occasionally approach the form of traditional pop tunes. His 4th album, Man Alive! picks up where 2017’s The OOZ left off, finding Marshall crafting dense tapestries of sound marred to vignettes of metropolitan life. Genres seem to be pulled and melded together at random, with bits of downtempo and trip-hop inhabiting the same space as post-punk and surf rock guitar until nearly indistinguishable from one another. Trying to pull out any of these separate threads reveals strange combinations, such as “Alone, Omen 3” and its meld of Nada Surf, Gruff Rhys, and Portishead. In a time when music is increasingly ephemeral and digital, Man Alive! is not just a physical release but a physical sound. The music feels heavy; a weighted blanket of an album.