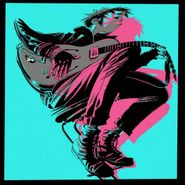 The latest Gorillaz album, The Now Now, is a solid return to form for Damon Albarn’s smart, playful indie experimentalist project. Where his previous effort, Humanz, cranked up the star power on a series of fun, diverse collaborations with some of the most exciting names in hip-hop and R&B, the new album is much more cohesive, much more centered around Albarn’s distinctive voice and unique vision. Of course, this being Gorillaz, some very special guests do appear: Snoop Dogg, for one. Snoop’s appearance is as charming and party ready as ever, serving up a nice contrast to many of Albarn’s more introspective turns on the record. The Now Now may be Gorillaz’s most mature, well-rounded effort since their early days.