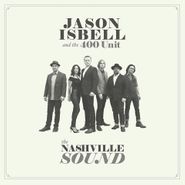 Since the election last November there have been plenty of songs written about the turmoil, fear, and dissatisfaction that seems to envelope the nation, but alt-country/rocker Jason Isbell & The 400 Unit's song "White Man's World," off their new record The Nashville Sound, is perhaps one of the most direct and potent. While writing lyrics like "Mama wants to change that Nashville sound, but they're never gonna let her," Isbell paints vivid portraits of a culture complicit in old-fashioned routines of sexism and racism, but instead of coming from the point of view of the underdog, Isbell's song is a call to arms for the dominant forces to change themselves. "There's no such thing as someone else's war, your creature comforts aren't the only thing worth fighting for," he sings during the chorus. "Hope the High Road" is another politically charged anthem that uses a down-home, "git 'er done" attitude to inspire cultural change within the dominant culture, which, to a certain extent, preaches, but never feels condescending. This is not to say that Isbell has abandoned his cultural roots. With songs like album opener "Last of My Kind" he points to a changing environment that seems to ignore the values he grew up with, leaving him feeling like an old soul lost in a strange land. "Cumberland Gap" is the real rocker of the album with almost Brit-pop like guitars that pierce and bite throughout, and "Tupelo" is a contemporary take on familiar country ballads that at times brings to mind the pairing of Gram Parsons and Emmylou Harris.