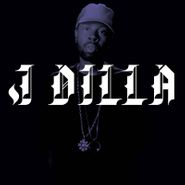 The late, great hip hop artist/producer J Dilla recorded an album of vocal demos that were found shortly after his passing in 2006. Some were mixed by Dilla, and the rest have been mixed by engineer Dave Cooley using Dilla’s demos as a guide. The vocals, recorded in the early 2000s, appear over productions by Madlib, Pete Rock, Nottz, House Shoes, Karriem Riggins and others. Though it can’t replace Dilla’s absence from the music community, The Diary is far from a throwaway posthumous release, as the decade its creators spent painstakingly put it together show in carefully constructed productions, building on his legacy rather than detracting from it. As Dilla himself says on “The Introduction,” “If I spit anything, it’s gonna be heat.” The Diary gives fans one last bit of brilliant music from an artist who was far from done showing the world what he could do.