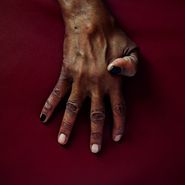 Soul legend Bobby Womack can be excused for titling his latest album The Bravest Man in the Universe. Following a decades-long career that has seen its share of controversy, including addiction and a recent cancer scare, to say Womack sounds reinvigorated on Bravest Man would be an understatement. With careful work by Damon Albarn, now done with Gorillaz, and XL Records’ Richard Russell, Womack stands front-and-center on his first album of new material in 13 years. Over trip-hoppy beats and beatific synths, Womack cries out on “Sweet Baby Mine” like a man reborn. The title track, meanwhile, begins elegiac, as Womack extols the virtue of forgiveness, before breaking into a steady, string-laden groove that lets Womack do his thing with minimal distraction. A duet with Lana del Rey, “Dayglo Reflection,” is a bit of young-meets-old fun but it’s still classy, with del Rey’s sultry voice breaks nicely complementing Womack’s rough hues. The headturner here, though, is closer “Jubilee (Don’t Let Nobody Turn You Around).” Womack is on fire as he sings in terrifying ecstasy over a big, nasty synth groove. The album is an excellent restatement from one of rock’s great survivors, and gives Womack a brilliant new palette from which to paint.