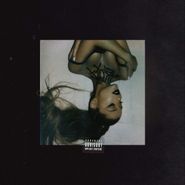 Named after the surprisingly gracious and amicable breakup song (everyone from Big Sean to Taylor Swift, take notes) that preceded it, Ariana Grande’s Thank U, Next continues her reign as the queen of modern R&B, and all the heartbreak, controversy, and adversity that seems to follow her has only served to make her stronger and more resilient as an artist. Of course, that all reads well enough on paper, but doesn’t mean anything without the songs to back it up. Fortunately, Next brings ‘em. Twelve, to be exact. Enough has been said about the title track, as well as the Rodgers and Hammerstein-quoting megahit “7 Rings,” when equal praise must be given to empowerment anthem “NASA,” which flirts heavily with punning (“you know I’m a star, I’ma need space”) in pursuit of self-affirming celestial imagery. Then there’s the eyebrow raising title of “break up with your girlfriend, I’m bored,” which backs up its megalomaniac intentions with a swaggering performance full of honey trap cooing over a skittering trap beat. Grande is in peak R&B divadom right now, with the added baggage of having every move scrutinized in the public eye. Never mind that noise; Thank U, Next proves that the brighter the spotlight, the brighter Grande shines. The cliché is cosmic on purpose: after all, she’s not just a star, man; right now she’s cosplaying as the whole universe. Lucky for us, we're all N-A-S-A.