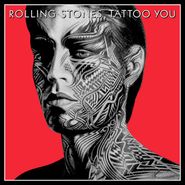 The 2CD includes the newly remastered album alongside Lost & Found, a brand new collection of nine previously unreleased songs from the period of the album’s original release, newly completed and enhanced with additional vocals and guitar by the band. Among these, “Living In The Heart Of Love” is a quintessential Stones rock workout, complete with urgent guitar licks and fine piano detail.