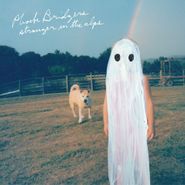 Phoebe Bridgers' Stranger in the Alps is poised to be one of the great debuts of the decade. After being discovered in Ryan Adams's studio, he released her first EP, Killer, on his Pax-Am label in 2015. But it doesn't quite capture the magnitude and full-felt feeling that she brings on her debut. Stranger in the Alps is the type of album that's increasingly hard to find: a series of sincere songs filled with real moments and sadness. Bringing with her a lifetime of experience, the 22-year old has created an album that carries more power with it than people twice her age could even imagine recording themselves. Her songs feel retro and lo-fi with heavy '50s rock guitars, but also combines modern folk with lonely violin solos and the right amount of studio experimentation that hits such a sweet spot. From the opening chords of "Smoke Signals," the haunting melody prepares you for an emotionally exhausting track that captures a type of long gone wistfulness of days past. It's a particular melancholy ode to urban romance in Los Angeles that's bound to resonate with anyone who's ever felt lonely in wide city spaces. At five minutes, it becomes almost hypnotic with a steady, minimal rhythm. "Motion Sickness" is a more upbeat jam that counter-balances the tragedy of the previous song with a bit of lyrical irony and a catchier melody that complements the words so wonderfully. It's a fun track and she approaches it with a sense of playfulness that will catch you off-guard after the quiet vibe of the opener. It's in times like this that you remember how good it can be to feel miserable once in a while. The real sentiment Phoebe Bridgers expresses is rare and singular and will touch anyone with an iota of a soul.