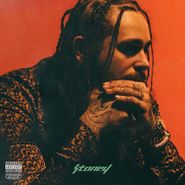 Post Malone’s debut album, Stoney, is nothing short of a true listening pleasure all throughout. Malone began to garner major attention with the release of his song entitled “White Iverson,” which is on the album as well. This breakout song led to the eventual production and release of this album, which has skyrocketed Malone into the spotlight of the rap world.