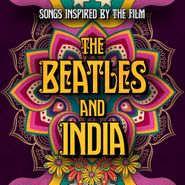 Ajoy Bose and Peter Compton's award-winning documentary The Beatles and India examines the powerful influence of Indian spiritualism and culture in The Beatles' music. The soundtrack features Indian artists performing Beatles songs written while the group visited Rishikesh, such as "Dear Prudence," "Sexy Sadie" and "Revolution," as well as other tracks influenced by Indian music. The artists include Vishal Dadlani, Anoushka Shankar, Druv Ghanekar, Nikhil D'Souza and many others, each one incorporating their own musical styles into these elegant versions. The two-disc release also includes Benji Merrison's lovely score for the film.