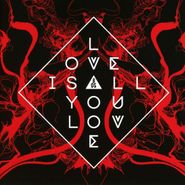 Love Is All You Love is an intriguing evolution for UK rockers Band of Skulls. Producer Richard X adds a layer of ‘80s style New Wave edginess that works well with the band’s crunched-out guitars and ear worm harmonies. Veering away from their usual grungy, gritty sound, the band has created a pop and electronic-influenced album specifically intended to serve as an "anti-war cry for our turbulent times,” as they’ve stated. Yet, while aiming for euphoria, the band have still managed to sound pretty dark, sexy, and rock ’n’ roll — and that’s a good thing.