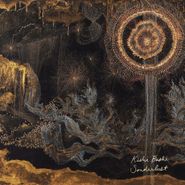 It's almost insane to think pop wunderkind Kishi Bashi has had the success he's had. His combination of polyrhythmic drums, minimal synths, tape loops, soft vocals, complex lyrics, and violin sounds could have been destined for a niche audience or avant garde weirdos, but under his control, it's total poetry. It's a heavenly mix of indie dream pop and experimental minimalism and the resulting album is much needed in this dark year. It's more closely tied to the symphonic sounds of mid-'60s Beach Boys than to any other contemporary artist. With the strange harp sample that starts up "m'lover" it seems like it'll step into baroque antiquity any second before sampled vocals pop up with all their digital glitchiness, eventually exploding into a beautiful cacophony of synths, drums, and layered vocals. It sounds like it could go off rails any second, but Kishi Bashi keeps it all carefully orchestrated and beautifully composed. "Hey Big Star," the first single released for the album, almost breaks into a freakout that is so sugary sweet and joyful it's impossible to not smile while listening. It shines with bright optimism and a type of joy that seems to be missing from music today. It's exciting and almost shocking to cynical ears, but by the time you get to the operatic "oooohhhs" at the end, your heart will have been won over. Sonderlust feels revolutionary, not by being grotesque and in your face, but by creating a glowing atmosphere that can change the vibe of a room. Clear proof that pop still has plenty of life in it!