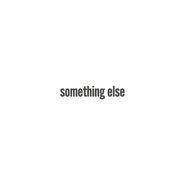 At times musical genius, at times enfant terrible, and greatest-of-all-times namer of songs and albums, Anton Newcombe has been the brainchild as well as sole consistent member of long running psychedelic carousel The Brian Jonestown Massacre for three decades now, showing no signs of slowing down anytime soon. Something Else is the first of two full-length releases planned for 2018, after averaging an album a year for five straight years. Following the mechanical/electronic left turn of Don’t Get Lost, Something Else is firmly rooted in the classic Brian Jonestown sound, with a slightly lo-fi production delivering us blown out drums, jangly guitar treble, and dirtbag '60s songwriting par excellence. The vocals are drenched in echo and pushed into the background of the mix, giving the whole affair a severely hazy and surreal atmosphere. Use some of the proceeds from selling your mom’s medicine cabinet and make a worthy donation to BJM.