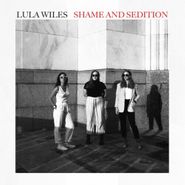 Lula Wiles' second album was recorded on Wabanaki territory and addresses Native American history in the U.S., as well as other serious issues, with their rich Americana sound and vocal harmonies. Critiquing capitalism and the media rarely sounds so lovely as it does here. “In Dreams” is the perfect opening track, drifting pleasantly until it culminates in angular lead guitar. Folk and country meets satisfying rock rhythms on tracks like “Oh My God” with its head-swaying verses and uplifting chorus. “Television” sounds like something between First Aid Kit and Tom Petty, with just a bit of bluesy wistfulness mixed with a hazy sheen. Shame and Sedition is an elegant and earnest set.