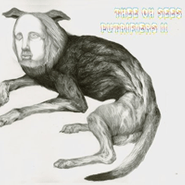 S.F. psych-rockers Thee Oh Sees’ cult seemed to overflow with two great albums released last year, the scuzzy lo-fi pop of Castlemania and its more acid-tinged follow-up, Carrion Crawler/The Dream. Putrifiers II works off that momentum and delivers on its promise, scaling back the noise of their more rambunctious moments to offer hypnotic, low-key psych-pop. “Wax Face” features some of Thee Oh Sees main man John Dwyer’s idiosyncrasies, with wacked out harmonic guitarwork and echoing, screechy vocals, but with that familiarity out of the way, the album’s next two songs feel new for Dwyer, as “Hang a Picture” is nostalgic, even sweet jangly pop, and “So Nice” takes a Velvets-inspired trip through stately drone. “Flood’s New Light” sounds like a cleaned-up version of the off-kilter Turtles-style garage rock the band previously produced, and with its cleaner production, Dwyer’s pop songwriting smarts come through more clearly, as does his way of subverting his pop arrangements with slightly atonal melodies. As the album’s noise-and-space epic title track flows into the ethereal, strange ’60s pop of “We Will Be Scared,” it becomes clear this is Dwyer’s strongest material to date. For all his prolificacy, Putrifiers II is remarkably consistent and a fine statement of purpose moving forward for Dwyer.