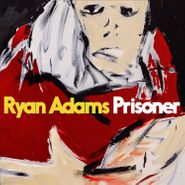 Ryan Adams delivers his strongest album in over a decade. One suspects that in covering Taylor Swift’s 1989 in its entirety a few years back, he learned a thing or two about refining his craft; the lyrics cut deep, the hooks flow effortlessly, and Don Was’ production makes everything sparkle with dreamy, resonant glossiness.

With an opening track like "Do You Still Love Me?" it's hard not to make the connection between Ryan Adam's new album, Prisoner, and his recent, fairly public, divorce. But regardless of the gossipy context behind it, Adams has constructed a heartfelt and entrancing record, full of subtle production nuances and an undeniable earnestness. While breakup albums run the risk of becoming redundant and self-absorbed, Prisoner joins the successful ranks of records that show an artist laid bare, honest and trying to work through the confusion. Rather than asking for your pity, Adams essentially paints differently toned vignettes of the same subject matter. While the Springsteen-esque "Shiver and Shake" evokes the fragility and withdrawal of broken love, "To Be With You" brings to mind the somberly resilient honkey tonk, folky country tunes of the '60s and '70s. With the exception of the first track, which feels almost like a Pat Benatar power ballad, the album is even keeled, mid-tempo-ed, and filled with shimmery, watery, beautiful guitars that bring to mind the tones of Morrissey or The Stone Roses.