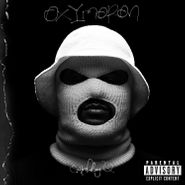 If you thought Schoolboy Q would go soft on his major-label debut, think again. After releasing two much-loved independent albums, promising releases that sounded both weird and commercially minded, Oxymoron does predictably make some concessions—its first couple of tracks are fine, if a bit anonymous. But they’re just the mainstream teasers to hook in new listeners, as Oxymoron spools out with all sorts of twists. Single “Collard Greens,” featuring Kendick Lamar (widely regarded as the best young rapper alive), lives up to the promise of Q’s early releases with an odd drumstick beat, deep bass and an intoxicating, kind of half-remembered delivery about the night before. 2 Chainz shows up for the dubstep-touched “What They Want,” unveiling a sexually paranoid streak that again appears on the excellent “Studio,” possibly the best song ever about trying to finish a song in the studio in order to go home and have sex. A couple of tracks in the middle of the album give it its intense core: “Prescription/Oxymoron,” which starts drug-addled and uneasy and ends up in a nasty, slow beat; and “The Purge,” a collaboration with Tyler, the Creator that works wonders out of Tyler’s dread-fueled production and Schoolboy Q’s more direct, emotionally engaging rap style. The oxymoronic implication here seems to be that Schoolboy Q is commercial and weird at the same time, but Schoolboy Q makes it work with flying colors.