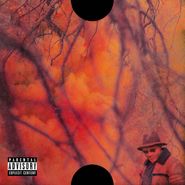 ScHoolboy Q might be cut from the same cloth and record label as Kendrick Lamar (Top Dawg Entertainment), but they couldn't be anymore different. Lamar's lyrics mixed with psychedelic, p-funk, and jazz resurrection feel like an exploration into black spirituality in modern America. ScHoolboy Q instead delivers a tight-fisted, angry tirade that is so raw and violent it's almost a shock at how direct and intense his music is. It's less concerned about cosmic mood and atmosphere than it is with what being young, black, and from the streets means now. After being kept as a careful secret for two months, ScHoolboy Q's Blank Face LP is here and is the jolt of freshness hip hop as a genre needed. "Groovy Tony" is a manifesto of his hood philosophy and feels like a perfect connection between the rants of early '90s Wu-Tang and the power productions of today. The funky, minimal beat is pounded down with a rant that hurts and shreds right through your soul. "THat Part" featuring Kanye West uses a warbly soundtrack sample as he gives you a laundry list of what he's got, what he has, and what he's going to keep doing. In a shaky economy, it feels like a beautiful fantasy when people are struggling with even a 9 to 5. Whereas new artists sometimes feel like kids with songs that flow about empty, trivial things, ScHoolboy Q's energy and delivery makes everything sound like it comes with experience and deeper thought about what being from South Central means in 2016. Like Lamar, he's changing the game.