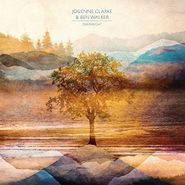 Having won multiple BBC folk music awards and being a popular duo on Bandcamp, it was only a matter of time before Josienne Clarke and Ben Walker would make their debut studio LP. It's exciting to see that legendary record label Rough Trade picked them up and gave them carte blanche with their first album. Though their previous recordings found them in intimate, sparse traditions of pre-psychedelic English folk, their newest taps into the world of The Fairport Convention, Nick Drake, and Vashti Bunyan. The pastoral, spacious feeling of English folk is spun around with rich arrangements and rock flourishes to make a spacey album that doesn't sound at all like 2016. Clarke has a versatile voice that can go from folk singing to early Eno style yodeling, while the mold of folk is pumped-up with celestes, fender rhodes, electric guitars, and drums. Clarke even took a celestial approach to her songwriting; as she said in an interview, "I started to think about if I was the moon, what I might think and feel, and what the moon might sing back." The early seconds of "The Waning Crescent" start off like a distant private press folk record, but then a gentle, jazzy riff begins that sounds like a Broadcast demo without all the digital strangeness. "Something Familiar" is closer to their roots as it gives Ben Walker a chance to show off his complex guitar playing that's less finger picking and noodling, and more long, rich chords. With a year full of albums that are soaked in influences from folk music traditions, Overnight might be among the best and most vivid.