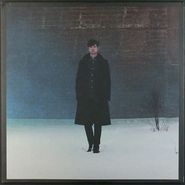 James Blake has been sometimes the victim of such hype it threatened to smother the 24-year-old musician before he could finish settling into his sound, a dramatic resetting of R&B in the context of forward-thinking electronica, dubstep and sample-based sound. Overgrown thankfully doesn’t renege on his promise or give in to the temptation to go too mainstream with his sound, now that dubstep (or some bastardized version of it) has hit the big time. Songs like “Digital Lion” are as out-there as his previous work, but the focus is on Blake as a performer and not only a producer, starting out expressively among ominously clanging and surging electronics, foreboding sounds for the rest of the song, when Blake’s beats patter endlessly with bubbling synths and his own voice is sampled and laid overhead in a sort of one-man séance. He retains a certain soulfulness however outré his music gets, and with a song like “Dim,” he barely screws with what is a pretty straightforward soul ballad, reminiscent of his cover of Feist’s “Limit to Your Love.” Songs like “Voyeur” split the difference between his experimental and pop leanings, starting relatively straightforward with a dance-pop feel before melodramatic synths hijack the whole thing halfway through. And there’s a stronger flirtation with hip-hop here than ever before, from the beat-driven second half of “I Am Sold” through the analog R&B synth lines and soul falsetto of “Life Round Here” and “Take a Fall For Me,” featuring rapping from RZA alongside close-fitting, warped chords and choppy vocals, in addition to the heavenly hip-hop of “Every Day I Ran,” a bonus track. “Retrograde” would appear to Blake’s strongest bid yet at offering an entryway to his unique sound, with an addicting hummed melody floating in the background of Blake’s sexy entreats and big synths coming in at the chorus like Blake’s pulling the sheets over you before declaring “ignore everybody else, we’re alone now.” That seduction is easy to succumb to on the all-encompassing Overgrown.