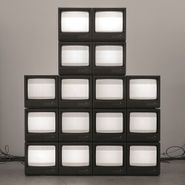 On Nowhere Generation, their first studio album in four years, Rise Against sounds more urgent and vital than ever. The band takes on the fading promise of the American Dream, lambasting the capitalist worldview and political self-interest that have led to instability and turmoil. Yet, at the same time, Rise Against manages to convey a very punk rock sense of hope, rooted in activism and the musical tradition of icons like Minor Threat and Bad Religion. With tracks moving seamlessly from emotional ballads to in-your-face aggression, Nowhere Generation is timely, eclectic, and moving.