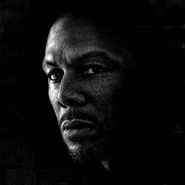 For his 10th studio album, rapper Common has taken to his Chicago as inspiration. Taking on the city’s historically high crime rate but also its sense of pride, there’s no better man to take us through it than Common, whose career as an intellectually leaning yet nearly always relatable presence in hip-hop comes to maximum fruition on Nobody’s Smiling. On “Diamonds,” Common and Big Sean tear through dizzying vocal riffs and rhymes about “wars about paper, pussy, pride and ego,” but the mood is ultimately triumphant, with No I.D.’s dazzling production emulating a spiraling cityscape. With a Notorious B.I.G. sample and banging beat, “Speak My Piece” sees Common standing up for Chicago and standing proudly as a hometown hero who came up. On the stunning “Kingdom,” he paints a vivid image of a friend’s funeral, taking on the persona of a felled drug dealer at times, then jumping back to his own guilt and desires for the betterment of his hometown. Though Nobody’s Smiling’s subject matter is understandably grim, Common raps at a steady clip throughout, and together with longtime collaborator No I.D.’s always-impressive production and guest spots that feel more additive than attention-grabbing, it’s a fine return to form for Common, placing a cap on an adventurous career that has more often than not led to some of the most thrilling hip-hop of the last two decades.