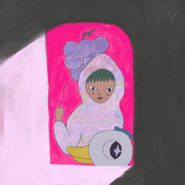 Nobody does it like power-pop Portland songwriter Mo Troper. On the winkingly named MTV, Troper creates Big Star-meets-Guided By Voices influenced slices of catchy-as-hell songwriting, bringing in elements from psych, folk, and shoegaze. The songs are super charming, accented by Troper’s droll humor, and powered by upbeat, well-crafted melodies. MTV is one of the most compelling excursions into left-of-center rock ’n’ roll in recent memory.