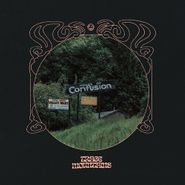 Trace Mountains’ House of Confusion is a treasure trove of Americana and country-influenced indie. The music is rich in atmosphere and almost cinematic in approach; at times, you can feel yourself meandering slowly down a dusty road, the sun dappling the green leaves of the trees. But it’s not all sunshine here. Naturally, an album named House of Confusion doesn’t shy away from the shadows, with sweetly sad ballads and moments of lyrical darkness. The mood shifts seamlessly as the album goes on, and we’re all the better for it. Trace Mountains’ latest has a song for every season.