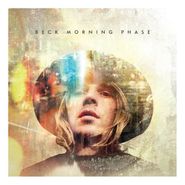 True to its name, Beck’s latest record and first in around six years is a collection of soft-focus folk-rock songs that stretch into life. But its melodies are so instantly memorable that they seem to have been pulled out of the ether, like they’ve always existed. It has a lot in common with Beck’s excellent Sea Change record, but while that album was a harrowing exorcism of heartbreak, Morning Phase is a trickier prospect, made by an artist who has little left to prove and seemingly little sonic or emotional territory left to mine. So all he’s left with are the songs, and these are stunners, starting with “Cycle,” which starts up and hums along pacifically, quite a bit like Sea Change’s “Golden Age.” “Say Goodbye” touches on that album’s heartache, too, grappling with how to describe loss (“empty drawer, in my pocket there’s nothing more,” he sings in poetic lines) with a slow, Neil Young-style jangle. “Blue Moon” pulls Beck out of the gloom with a majestic, harmonious choral arrangement and jaunty acoustic guitars and banjos. The more you listen to Morning Phase, the more you discover within it, like the heavily reverbed, ’70s-styled power ballad “Unforgiven,” whose piano strikes and vocal tones stretch out broadly and give shading to its lyrics about the healing power of time. Though there are plenty of great, classic pop moments—the perfect execution of the simple pleasures that “Blackbird Chain” offers shouldn’t be underestimated—the most paralyzing moment here is “Wave,” a song that finds Beck singing melancholically over strings that move like rainclouds and zero percussion, wailing “isolation” in an extremely naked moment, considering this is the guy behind an album as winking as Midnight Vultures. While we may miss Beck’s lively young musical moments, in their place is a wisdom befitting of a man in his 40s with experience gained by releasing 12 wildly different albums over his career. Though subtle, Morning Phase is as quietly unforgettable as anything Beck has released.