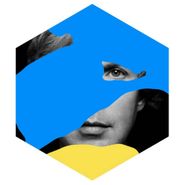 Much has been made of Beck’s Grammy win for Album of the Year with 2014’s Morning Phase, his downcast collection of folk-rock slow burners and spiritual successor to Sea Change. Yes, it can be agreed upon that the award seemed ludicrously overdue for one of the most creative and influential forces in all of pop music from the '90s onward. But did that album truly merit the distinction, over Beyonce no less? Did Kanye West have a point after all? Do you even care about the Grammys?

Beck is nothing if not consistently (re)inventive, and true to chameleonic form, abandons both the style and substance of that wildly successful album completely. You won’t find any ruminative folk dirges or melancholy Americana here. With a sound that matches its title, Colors is a collection largely made up of upbeat, party-minded pop music, produced with a 21st century sheen that would easily slot any of these tunes between radio favorites such as Maroon 5 or Foals. Even the song titles reflect Beck’s unselfconscious sense of jubilance: “Up All Night,” “I’m So Free,” and, quite simply, “Wow.” Yet this isn’t some spur of the moment sugar rush by the 47-year old songwriter. Colors has been gestating for quite some time now, with sessions beginning as far back as 2013; lead-off single “Dreams” was released in June of 2015, just a few months removed from that would-be contentious Grammy win.

“Dreams” serves as the album’s clearest sense of purpose, with sharp electric guitar stabs, a propulsive dance beat, and an almost millennial whoop-y wordless refrain. Beck glides between his natural register and capable falsetto over an unabashedly crowd-pleasing melody, yet at five minutes long, incorporates plenty of sonic quirks and studio wizardry into the mix. The neon dance floor-ready exuberance hinted at here is increased on “Up All Night,” elsewhere the Beatles-by-Britpop bounce of “Dear Life” is contrasted to the downright goofiness of “Wow,” which melds nonsensical slack-rap to sunny Coachella-rock choruses, and functions as the most audacious Beck song since “Hell Yes.” Colors is a complete left turn from Morning Phase, sounding a little like previous releases while simultaneously sounding like nothing he’s ever put out before. In short, it’s the most Beck-like Beck album you could expect.