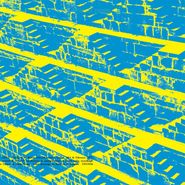 The title says it all for this new album from electronica producer Four Tet. Consisting of two extended tracks called "Morning" and "Evening," it provides dueling meditations that are indeed best listened to at the time period they're ascribed. "Morning" moves with purpose on a skittering beat, but its sampled Indian singer and undulating synth tones feel like they're gently nudging you awake for the day at hand. As such, the 20-minute track evolves and begins piling on more geometric synth runs and string drones about halfway through, seeming to take flight as the beat slowly dials down to just a bass pulse and then nothing at all. "Evening" by comparison, begins more amorphously, unmoored without a beat, its vocal more divided, but it is no less affecting as its tones blink in and out of focus and its arrangement becomes more apparent. Given the suggestive nature of the song title, "Evening's" high-end notes call to mind the sight of stars and sound of nocturnal birds and insects, while its whooshing cymbal sound soothes. Like its predecessor, the track evolves and becomes more saturated with sound about halfway through before becoming more minimalist, its swaying synths evoking a dream state, though a heavy, thudding beat that emerges free of tones suggests nighttime hedonism or a mind-clearing erasure. As a kind of concept album about how we begin and end our days, Morning/Evening is totally successful. It could be ideal for winding up or down, accompanied by yoga, meditation or quiet listening, but it also stands on its own as an intriguing pair of sound pieces that can be explored at leisure.