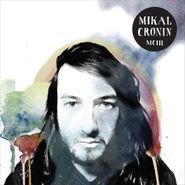 Power-pop wunderkind Mikal Cronin’s new album is a significant leap forward for the singer/songwriter. While just as hooky as its preceding albums, MCIII is more heartfelt and intricate, boasting a six-song suite that has some of the album’s best melodies. “Turn Around” starts the album out with a somber tune nestled amid a flurry of electric guitars, violins and pianos. “Made Up My Mind” blasts off with a rocketship riff, while Cronin’s voice breaks under the weight of a breakup. Flourishes like horns, strings and acoustic guitars help give the album a sense of unified orchestration, while dynamics in songs like “Say,” full of cool, bass-driven breakdowns, make each song stand out. But the suite that makes up the last half of the album is its masterstroke. It moves from the spare and aching “i) Alone” to the heavy guitars of “ii) Gold,” through its outro played on the Greek stringed tzouras and into punk and singer/songwriter territory. Each song moves into the next beautifully and makes MCIII feel like Cronin’s Abbey Road. We’ve known Cronin has chops since playing bass with Ty Segall and could entertain freely on his first two albums, but MCIII is his first that feels like a classic.