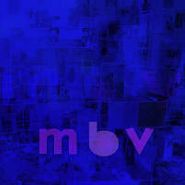 My pick for album of the year. I’ve had countless back-and-forths with other music nerds about this album, which says something alone. They still have the power to polarize even 22 years after releasing the seminal Loveless. The thing about Loveless and Isn’t Anything is that they only sound normal now if you’ve listened to them a million times and/or grew up with them or similar sounding stuff. I’ve still played Loveless around people who were like, is it supposed to sound like that? Why are the vocals so quiet? mbv caught us slightly off guard because it sounds so nuts, just like those other records once did.