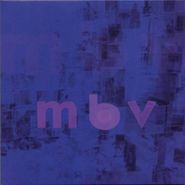 One of the greatest guitar bands ever finally delivers a new album after 22 years of false starts and promises. If you're looking for another Loveless, move on. mbv is its own beast. It's an acquired taste, just like the rest of their records, starting with a familiar, melodic first third; turning to a more ethereal and beat-driven middle third, featuring Belinda Butcher's ever-heavenly vocals; and finishing with a punishing, noise-rock final third that explores the extreme scope of Kevin Shields' mangled-guitar sound. Within this scope, mbv delivers as many moments that will challenge its cult following as well as delight them. Opener “She Found Now” is as classic My Bloody Valentine as the album gets, with a soft focus wash of guitar sound, a gentle pulse of drums relegated to the background and whispered vocals lapping overhead, achieving a similar feel to Loveless’ “Sometimes.” “Only Tomorrow” aims for the gut, with chainsaw guitars not unlike those found on Isn’t Anything, which in retrospect rivals Loveless for innovative sound. The songs aren’t exactly poppy, but they offer new, thrilling hooks — the way the guitars halt like a bullet train at full speed suddenly stopping in “Only Tomorrow” ranks high in the band’s moments of pop mastery. “Who Sees You” rounds out the album’s first third with scenic, shiver-inducing guitars that shame any followers in their wake — plenty of bands have dissected the My Bloody Valentine guitar sound, but few have been able to wield it in the unconventional, multidimensional ways Shields does, turning odd directions, doubling back and somehow coming together in a way that can’t be fully comprehended at first, but is eminently intoxicating. The record gets progressively more difficult from there, but fans will grow to love songs like the watery “If I Am” and especially the bouncing “New You,” a shoegaze pop song in the proud tradition of Loveless’ “Soon” with a heavy fuzz-bass thud that knocks you flat. “In Another Way” grinds its guitars into a blender of sounds that emerges with a sweet, instrumental portion that sends the song sailing. “Nothing Is” loops brutal, chugging guitars with a heavy jungle beats that doesn’t relent for three-and-a-half minutes, leading into closer “Wonder 2,” which sounds like the inside of tornado. With spiraling arrangements that draw you in on multiple listens, mbv is subtly rewarding and offers new revelations with each listen.