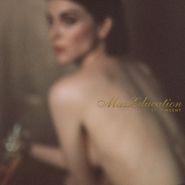 MASSEDUCTION was a logical evolution of Annie Clark’s sound from orchestrally minded indie hopeful to full-fledged second coming of Prince. But, great as that album is, perhaps some fans were longing for Clark’s early days before the latex-wearing guitar virtuoso became her persona du jour. MassEducation takes us back to Clark’s roots with stripped-down renditions of MASSEDUCTION’s synth-funk jams. “Savior” stands stark naked with staccato piano taking the place of drum-machine beats and Clark’s voice going from vamp to vulnerable with ease. Masseduction’s already lovely “Slow Disco” become the stunning “Slow Slow Disco,” allowing us to focus on Clark’s remarkable, theatrical voice and subtly heartrending lyrics. At times, MassEducation reminds us of Tori Amos’ heyday, placing Clark’s taste for the bizarre among traditional instrumentation makes for not only a striking juxtaposition, but a reminder of just how great a singer and performer she is without the extra dressing—after all, she got her big break singing backup for rock choir The Polyphonic Spree. With MassEducation, St. Vincent adds yet another layer to what has easily become one of the most exciting careers and discographies in modern pop music.