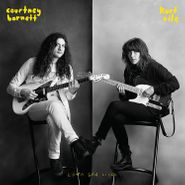 With an inside joke inspired title, Lotta Sea Lice marks the first collaborative release between Courtney Barnett and Kurt Vile, who, despite living on different continents, share quite a kinship with one another: both are wildly adept storytelling songwriters and major fans of the electric guitar. Together they’ve recorded a breezy folk-rock album full of witty, conversational lyrics sung in alternating verses between the two a la Moldy Peaches, with Neil Young-like guitar sprawl abound. And should an all-star indie super group named the Sea Lice happen to grace festival stages any time soon, well, don’t be too surprised.